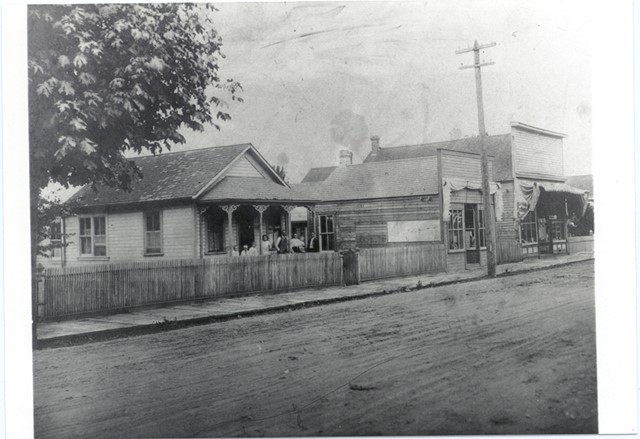 Events large and small were transpiring around the world on May 13th, 1900. Police in Bombay fired on a mob, killing 11 and wounding 16 others. Russia shipped 100,000 workers from China to Manchuria to construct the rail line to Port Arthur.  In Paris, a bomb placed under the carriage of the country’s finance minister exploded, but neither he nor his wife were hurt… and in Issaquah Washington, the Superintendent of the Issaquah Coal Mine had disappeared.

Superintendent David Edmonds was born in Wales. He came to America when he was only 7 years of age. Abandoned by his family, he suffered a hard life being raised in various orphanages. But he overcame these trials, and in 1882 was accomplished enough to be appointed State Mining Inspector for Washington. He held this position for 8 years.

In 1888 he was appointed Superintendent of the Issaquah Coal Mine. Production was just ramping up with the arrival of the Seattle Lake Shore & Eastern railroad. David arranged for a road to be built to the mining camp from town, and supervised the first bridge across Issaquah Creek as part of that road.

But the position of Superintendent was a stressful one at this time.  The United Mine Workers Union was saber-rattling about a possible strike for higher wages and better working conditions. Miners were threatening to burn down the mine buildings. Guards hired by the company patrolled the mine property armed to the teeth. Resolving these issues, and keeping production moving, fell directly on David Edmond’s shoulders.

David had contracted Typhoid Fever in 1887, and barely survived the illness. It left him a permanently weak invalid. Still, he struggled on and did the best job he could, calming down both miners and union organizers and keeping coal production going.

But David’s friends and family were worried about him. In several conversations he spoke of the responsibility and duty of a person who was unable to take care of himself to die and not be a burden to his family. He made several references at different times about “winding up ones affairs” and “wrapping things up.”  Still, he seemed happy at family functions and carried on his job, so people thought things were okay.

But they weren’t okay. His increasing pain made it necessary for him to resign his position as mine superintendent. His declining health made it impossible for him to get another job. He knew that if he died within one year of leaving the mines, the company would pay his salary to his widow for a period of one year.

On May 5, 1900, David Edmonds disappeared. A massive search turned up nothing. Then there was a report that he had been seen in Yakima Washington. But on May 7th his body was found in woods near Seattle.  He had taken his own life.

David had done his part getting the coal mines of Issaquah up and running. He hired the miners. He built the roads. He ordered the mining equipment. He kept the lid on the proverbial kettle, mediating between the miners and the mining company. But he did it at the cost of his health, his family, and his future.  It’s a sad end to a small piece of Issaquah mining history and the building of the town. Had Edmonds lived today, help would have been more available to him, as we better understand the impacts of chronic pain and depression on mental wellness.

David Edmond’s funeral was held on May 15th, 1900.  It was attended by over 150 people, including the current governor, John Rankin Rogers. Edmonds was laid to rest in Lake View Cemetery, Seattle.

Bob Gray and the Church Without a Church

The Tale of Ole Bergen
Scroll to top