We recently asked members of the Issaquah community what person from the past they would most like to spend fifteen minutes with. The answers we received ran the gamut, from long-ago to fairly recent, from public figures to family members. 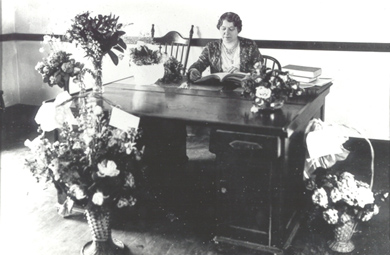 Debbie Berto, publisher of the Issaquah Press replied without hesitation, “Mayor Stella Alexander.” She would have been a great subject for editorials!

Patricia Knight Gladwell, IHS member and author, said that she would like to spend fifteen minutes with John M. Stakebake, who was the town marshal in Issaquah from 1928 until 1931. Stakebake was also Pat’s grandfather. “I would ask him how he treated the ‘rowdy teenagers’ who got out of hand while he was on duty and what exactly did they do what might be different from the modern day rowdies… while I was growing up, he fascinated me with stories of the wild west during the reign of the Dalton Boys, how he had been part of the posse that captured them. There were so many other stories… that are now long forgotten.”

Pioneer descendant Sue Cameron picked her great-grandmother Martha Bush as the person she would most like to spend fifteen minutes with. Sue would like to ask her grandmother how she felt in 1864 when her neighbors, the Castos, were killed by several Native American employees, specifically how she coped with the situation as a young woman with four children to care for. Sue would also ask what the valley looked like as a wild place filed with large trees and wild animals. Finally, Sue would tell her great-grandmother, “I have met your little sister Emily’s grandson and his family. We are close friends. They live in Issaquah. Little did you know when you left Oregon that you would never see each other again … I think you lived a life you can be very proud of and had a wonderful family.” 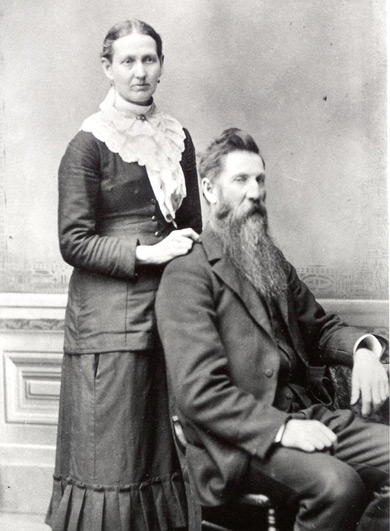 IHS docent and volunteer Jim Loring said, “If I could talk for 15 minutes with someone from Issaquah history, it would be interesting to chat with the folks who started the Salmon Days festival. What was the objective? Did Salmon Days morph from earlier community traditions and festivals, or was it seen as a way to raise funds for the Chamber?”

The research files at the museum help to answer this last question. The guiding force behind the founding of Salmon Days was Earl M. Robertson, who passed away in 1995 at the age of 81. Robertson served as co-grand marshal at the 1994

Salmon Days event. According to an Issaquah Press article about Robertson, he came up with the idea of Salmon Days after learning that about 15,000 people a year come to the city annually to watch the salmon. He decided it would be a great opportunity for an event, and pitched the idea to the Chamber of Commerce.

As for what Stella Alexander, James Croston, John Stakebake or Martha Bush would say, it can only be left to our imaginations.

This article was published in the the Winter 2004 edition of Past Times.