Most people recognize April 1 as April Fool’s Day, but for the diehard research geek (who also happens to hate practical jokes) this year’s April 1 is much more happily recognized as the reference date for the 2010 census.

Census records are critically important when it comes to historical research, because they ideally provide a snapshot of the life of every American. Your census form may feel like a dull bit of paperwork until you consider the fact that this information will be available to your descendents in 72 years. This is the picture they will see of your life.

Privacy laws prevent census data (other than aggregates, without any personal details) from being made public until 72 years have passed, to protect the privacy of living individuals. As the average lifespan extends, I wonder if the government will rethink the number. I rather hope not, because as excited as I am about completing my 2010 census (because, as I said, I am a diehard research geek), I am even more excited about April 1, 2012, when the 1940 census will be released.

Census data collected has differed from decade to decade. In the 1930 census, participants were asked (among other things) whether or not they owned a radio. In this image of Issaquah’s first census page, you can see that six households owned radios (Smith, Croston, Evans, Becker, Leavitt and Fritts): 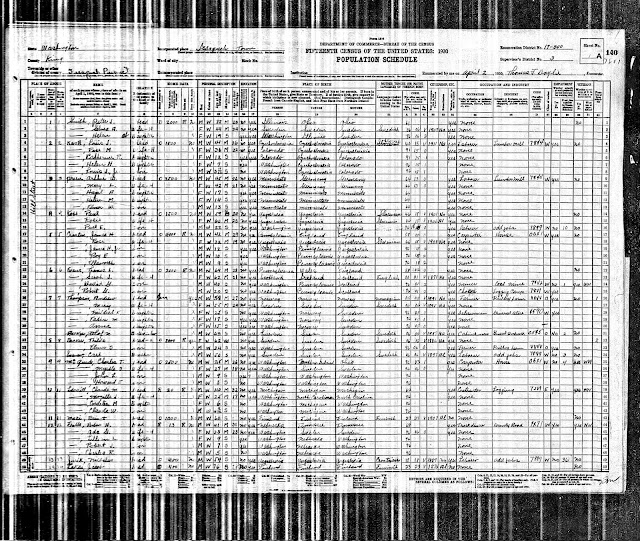 Why did the government care about whether or not you had a radio? They were trying to determine to what extent citizens were embracing the new technology. President Franklin Delano Roosevelt later applied this information in his decision to hold “fireside chats” over the radio between 1933 and 1944.

April 1 has been the census reference date since 1930. All questions on the census form relate specifically to April 1, regardless of whether the form is completed before or after that date. This helps make sure the data is consistent and reduces the chance of people being counted multiple times.

In spite of this, some people did get counted twice, generally if they were working away from home. If you were working as a live-in servant or at a lumber camp, for example, your employer often counted you on their own census form while your nuclear family also recorded you as a family member.

From the Research Center: “From Vasa to Issaquah” by Hilda Johanson Erickson

Confronting the Past in the Quest for an Antiracist Future: Introducing The Series