I’ve committed the worst sin of the blogger: failure to post. It’s not because there aren’t plenty of things to write about. Between the transcription of oral histories from 20-35 years ago (more on these very soon), cataloging the letters of Minnie and Jake, and managing the fascinating treasures that just wander in the door, it feels like we are always making new and fascinating discoveries about Issaquah’s past these days. I will try to be better about sharing them with you!

Today I’m going to tell you about the fascinating treasures that wandered in our door two weeks ago. A member of the Western Division of the Northern Pacific Railway Historical Association stopped by to talk about a project they are working on. They are in the midst of sorting through the Jim Frederickson collection of documents, which consists of hundreds of boxes of old Northern Pacific paperwork. They offered to share with us the documents that relate to the Issaquah station, so that we could scan them.

The documents deal with capital projects along the rail line, usually requested by businesses within the community. Most of them are rail spurs or track extensions, put in to connect the business more easily with the Depot, allowing them to ship and receive more efficiently. The files are filled with official Northern Pacific forms (Form 4947 Roadway Completion Report; Form 1363 Requisition Form; Form 1932 Final Completion Report, Form 1924 Details of Charges to Authorities for Expenditures; Form 7104 Field Completion Report, and so on and so on) and correspondence from one official to the next. They also contain maps for each project, which provide snapshots of the community at specific periods of time.
What fascinates me about the collection is the chance to peak into administrative operations. The station agent at each post along the Northern Pacific rail line acted as the railroad’s representative in their community, relaying information back and forth between community members and railroad executives. In the case of some transactions with large companies like the Issaquah and Superior Coal Company, one set of information and instructions might get passed from the mine executives to the local supervisor to the station agent to the NP manager, then to the district manager, and on to the main office in St. Paul, with stops along the way for the addition of estimates or engineer sketches. Reading through these documents is like listening to a game of telephone.
The documents also contain correspondence and reports prepared by local figures: copies of the incorporation papers for the Northwestern Condensery, signed by Dr. William Gibson, reports on construction by railroad section foremen Jack Legg, references to work crew supervisor George Alf, and notes and reports written by a number of different station agents over the years. These will be helpful in refining our time line of station agents in Issaquah. They also provide an insider’s assesment regarding the economic health of the various businesses. For example, station agent George Hackett confides to his superior that the Nuekirchen Mill is lagging behind in paying it’s bill because it has hit on hard times, being two weeks behind on its payroll and shipping fewer loads of lumber than previously. Several capital projects were also impacted adversely by the slow collapse of the Issaquah & Superior Coal Company, which began with the advent of World War I.
The language of the early 20th Century businessman is also of interest. In one back-and-forth conversation regarding the intricacies of NP accounting, one NP official reached such a state of exasperation with another that he wrote, “You fail to grasp my meaning.” In another exchange between the local rail superintendent and the roadmaster, the superintendent writes, “You have informed me twice that the track at Issaquah Coal mines had been surfaced. The Superintendent of the Mines was in today and stated positively that nothing had been done to the track whatever. I would be glad to know why instructions have not been complied with.”
In total, we probably scanned and saved more than 200 documents, dealing with 20 different construction projects. Below are three of the documents that were scanned (you can click on the document to see them at full size). 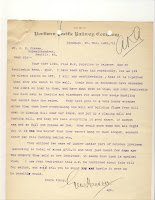 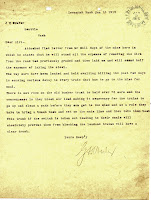