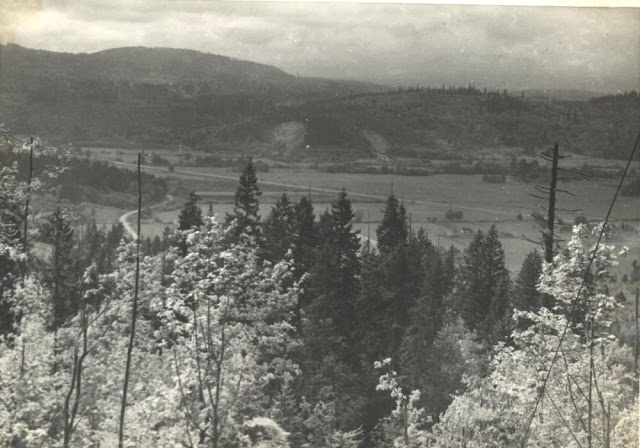 We recently got a call from someone who purchased Images of America: Issaquah, WA, a pictorial history of Issaquah that we published several years ago. He was fascinated with this picture, and called to see if we could help him figure out what roads are pictured (one runs straight from left to right, and the other curves through the lower left of the frame).

Our catalog notes indicate tht the picture was taken in September of 1943 by William Conway. The picture was taken from Squak Mountain. In the center of the picture is Tibbett’s & Sutter’s gravel pit. The straight road in the background is Highway 10, and the house at right (in distance) is probably the Barlow Farm.

But as the caller and I looked at the picture, we both agreed that if the two roads in the image were Highway 10 and Newport Way, than the photo must have been taken from Tiger Mountain. Right? 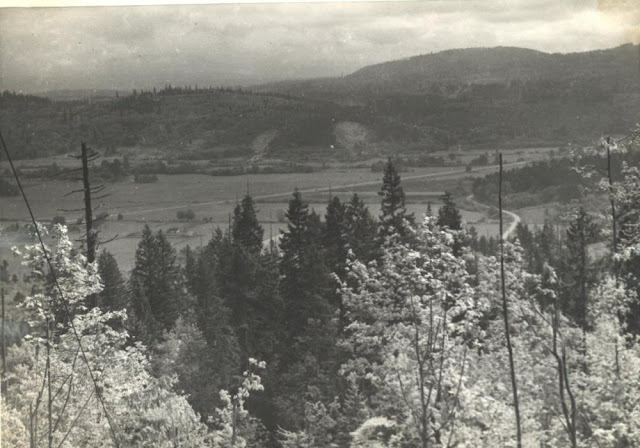 What do you think?

From the Digital Archives: Happy Fourth of July!

So Ya Wanna Do Some Research?
Scroll to top