A generous grant from 4Culture is currently funding the digitization and cataloging of several archival collections, include the letters of Rodney and Vernon Anderson, Issaquah residents. Rod and Vern both served in the Army in the 1940s, and they wrote home to their mother regularly. This post is part of a series of posts about their lives and letters.

In what is a recurring theme across WWII veterans, Rod Anderson got the opportunity to see and do a lot of things he might not have had he remained in Issaquah. My first insight into this came while reading Rod’s April 28, 1944 letter. At this point in time he had left Drake University after the Army cancelled his Air Force training and was stationed at Fort Leonard Wood, MO.

His letter begins with “Had a bad day today…” and goes on to tell his mother about spending the day in the rain. Rod consistently wrote the date and place at the top right of his letters and this one tells us he was stationed in a “Pup Tent, Bivouac Area, By Candlelight.” The troops were roughing it and subsequent letters tell me they were helping with a flood area.

But despite this Rod had good news. He writes:

“Met a kid from Everett today. He’s in my company. He used to play basketball at the W. Names “Boody” Gilbertson, anyone that has followed the W teams would know of him, I did. He was at Sheppard Field the same time that I was, I heard that he was there but didn’t get to see him before he shipped to college.”

This piqued my curiosity and I was excited to learn that Merlin “Boody” Gilbertson was indeed a sort of local celebrity. He was enlisted in the Army National Guard September 16, 1940 with only 2 years of high school under his belt and served four years. His basketball history began on Everett High’s basketball team and with him they easily claimed the state championship during his 1939-40 year. The timing is fuzzy in my research but Boody did play basketball at the University of Washington (either before the war, after or both) and played 2 seasons of pro basketball – one for the Seattle Athletics and the second for the Sheboygan Redskins.

Here is the copy of Rod’s letter with his brief description of meeting “Boody” Gilbertson: 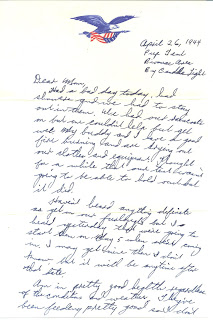 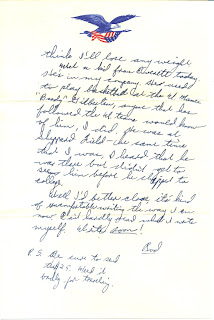 So Ya Wanna Do Some Research?

The Night the Waterhole Tavern Burned Down
Scroll to top