A generous grant from 4Culture is currently funding the digitization and cataloging of several archival collections, include the letters of Rodney and Vernon Anderson, Issaquah residents. Rod and Vern both served in the Army in the 1940s, and they wrote home to their mother regularly. This post is part of a series of posts about their lives and letters.
I have truly enjoyed reading Rod Anderson’s letters home during WWII. He created a window into his experience in the Army – each letter descriptive and telling of the era. Even when Rod laments that he has nothing to write about he writes anyway, discussing the small things he did during his day which I am certain put his family at ease. While reading his letters I was able to tell when Rod was tired, disappointed, exuberant, and happy even during wartime. One letter in particular stands out to me as Rod at his most excited – his first trip to Hollywood. 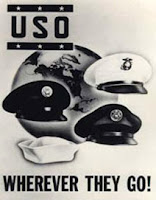 In this post I want to follow the adventure that Rod experienced. At the time Rod was stationed at Camp San Luis Obispo, CA. He had previously been stationed in some fairly unexciting places like Oregon, Texas and Iowa. Imagine yourself at 19 – you’ve never really lived anywhere but Issaquah. Prior to the war you probably haven’t been any further than Seattle. And now you’re stationed near, and ready to jump into, the glamorous land of Hollywood, CA.

Rod’s letter begins: “Dear Mom, Well I made it to Hollywood Sat. by 6:15pm and that’s the reason I’m writing. I want to tell you what I did!”
Rod’s first stop was the Hollywood U.S.O where he got a bed for $0.50. After that he “fooled around til 8:30″ at the Hollywood Canteen (pictured at right) – a well-known 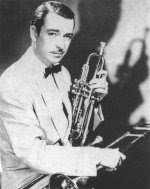 club for servicemen offering food, dancing and entertainment for free (your entry ticket was your uniform.) Oftentimes celebrities visited to help out and entertain.
After fooling around at the Hollywood Canteen, Rod’s next stop was the Palladium Ballroom where he saw Sonny Dunham (pictured at left) play, a popular tumpet player and bandleader of the time. Rod says he “danced for a couple of hours and then left as it got too crowded. Really had a swell time there though.” 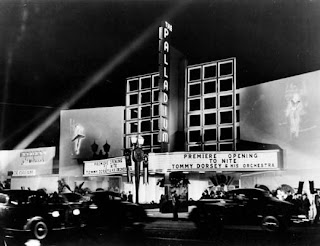 Next, Rod returned to the Hollywood Canteen and continued his night of dancing. The Kay Kyser Orchestra (pictured at right) was playing, but Rod says Kay Kyser himself, bandleader and radio personality, was not. At that point, Rod was probably exhausted and so he “hit the hay.”

Sunday morning Rod got up at 9:30am and without a plan headed out. This part of Rod’s letter makes me smile because it shows to me just what a great time Rod was having:

“…I hopped a trolley and rode the 7 1/2 miles to L.A. There in my wanderings I saw that Jimmy Dorsey and his Orch. was playing at the Orpheum, so naturally, I saw him too.”

After the concert, Rod returned to Hollywood around 4:30pm and wandered around. He saw a bunch of different notable landmarks of the time: Earl Carroll’s, Grauman’s Chinese Theatre, Sardi’s, NBC studios and CBS studios. He says “There’s just so much to do one isn’t able to begin doing it.” I want to note that in his letter Rod underlined “Sardi’s” which was a restaurant (sister to the original Sardi’s in New York City.) I wonder what the special meaning was for him to underline it. All I could find was that it was frequented by the stars of Hollywood and so perhaps was well-known to folks at home. 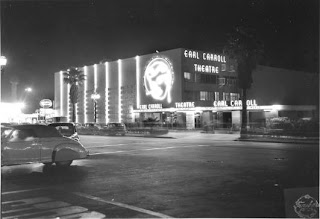 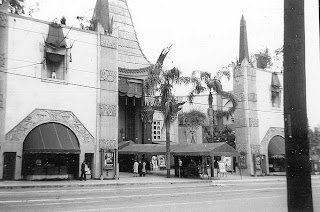 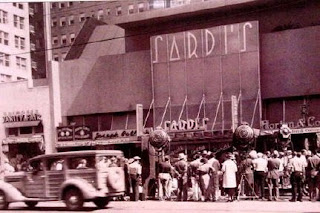 At 10:30pm Rod picked up his ride back to camp at Hollywood and Vine. He says that he picked up a private ride from a guy in another company and only paid $4 round trip which was apparently “darn reasonable.” Rod notes that most fellows charge $10.

He finished his letter by explaining and describing the pictures he had enclosed (which unfortunately are not in our collection.) The pictures, though, were taken on Hollywood Blvd and were “one of those pay while you wait propositions.”

As someone who loves old films and musicals, I couldn’t help but think of movies like On the Town and Anchors Aweigh. You know the ones, the hardworking servicemen get time off to go into the city and gawk at landmarks (and somehow always get into shenanigans and end up falling in love.) While this wasn’t exactly Rod’s story, there is a sense of wonderment in his letter that he just can’t wait to tell somebody at home about.

So there you have it. Rod’s whirlwind tour of Hollywood. He does visit Los Angeles and Hollywood again later, and tells his mother about it in his lettes. But his later descriptions are never any longer than a few sentences that basically detail what he did and who he saw. He never again writes with the enthusiasm he has after his first visit.

Below you can click to view the full-size images of Rod’s letter. 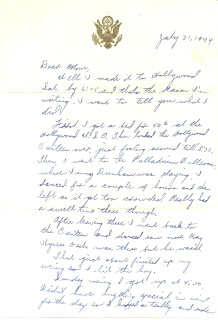 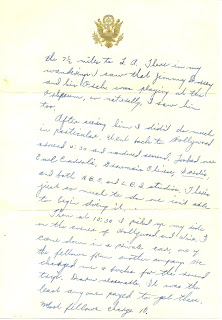 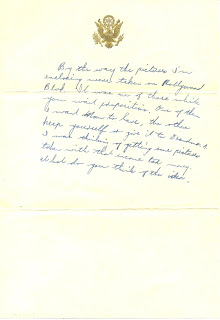 The Birth of the Seattle Biomedical Research Institute

No Time to Monkey
Scroll to top