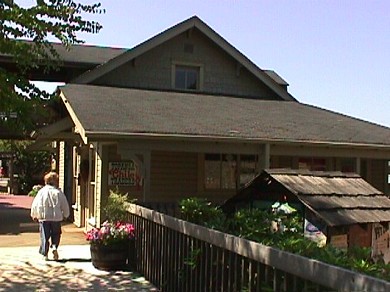 The Schomber House is another twice-moved Gilman Village treasure. It was built in 1900 along Front Street beside the family bakery. The house was relocated in 1921 on the site now housing Rainier Bank. During the moving, Harry Schomber, a boy at the time, slept nights in the upstairs of the house.

The house’s original foundation contained some of the bricks from the first baking oven which Schomber’s daughter, Gertrude, says he dismantled when he converted his bakery oven to coke fuel. The bricks now appear at the base of the present green-house window and the garden wall in Gilman Village.