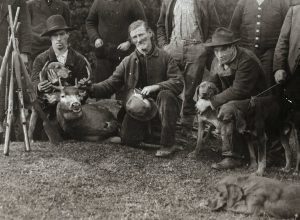 Jack Legg was born in North Lawrence, Ohio on November 4, 1876. His parents were Robert Legg, a coal miner, and his wife Jane Anderson Legg. Jack’s mother died when he was just 11 years old. At the age of 12, he was left to fend for himself when his father left Ohio for Gilman, Washington, accompanied by a new wife and child. Jack found work (and lodging) at the local coal mines in Ohio.

Nearly a decade later, Jack would travel west to join his father in Gilman. Jack no doubt intended to work in the coal mines, but no sooner had he settled in the coal town than gold was discovered in Alaska. Jack and his father traveled to the Yukon to stake a claim, but found that all the productive areas had already been staked. After running a mule team for other “stampeders,” the Leggs returned home to Gilman.

Jack Legg worked in the coal mines, and for the local railroad. He married Sophie Chriest on October 3, 1899. The couple raised a family of four sons and one daughter in their house on the corner of Alder and Second Avenue.

Jack Legg was appointed as Town Marshal during the turbulent term of Stella May Alexander. Stella Alexander was no shrinking violet, didn’t see the need to tip-toe around Issaquah’s government. At a particularly controversial Town Countil meeting on July 3, 1933, Paul J. Henry refused to arrest several councilmen who Alexander determined were out of order. In response, Mayor Alexander fired Henry and swore Jack Legg in as Town Marshal.

During P. J. Henry’s tenure, the Town Marshal’s salary had been $90 to $100 per month. After Legg was appointed, the Council refused to approve Legg’s pay at the old rate, authorizing a reduction of the salary to $30 a month. In addition to crime, Legg spent a portion of his term fighting in court for the pay that was due to him.