Published in the Issaquah Press on January 31, 2001 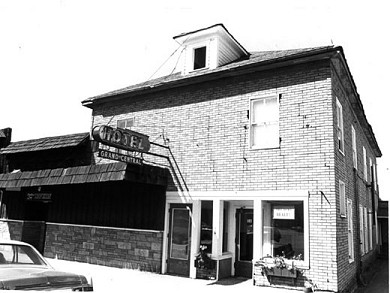 By the 1970’s. major changes have altered the once proud Grand Central Hotel building into a shadow of its past. The marquee has been removed and the wood siding has been covered with imitation brick. Art Burt’s Real Estate office occupies the lower right corner of the building of the building and the Log Tavern (now the Rolling Log Tavern) has been expanded into the former 10-cent store and part of the hotel building. A smaller hotel sign has been installed. now identifying the building as The Hotel–Grand Central.

Looking back: Grand Central Hotel – Circa 1940
Scroll to top