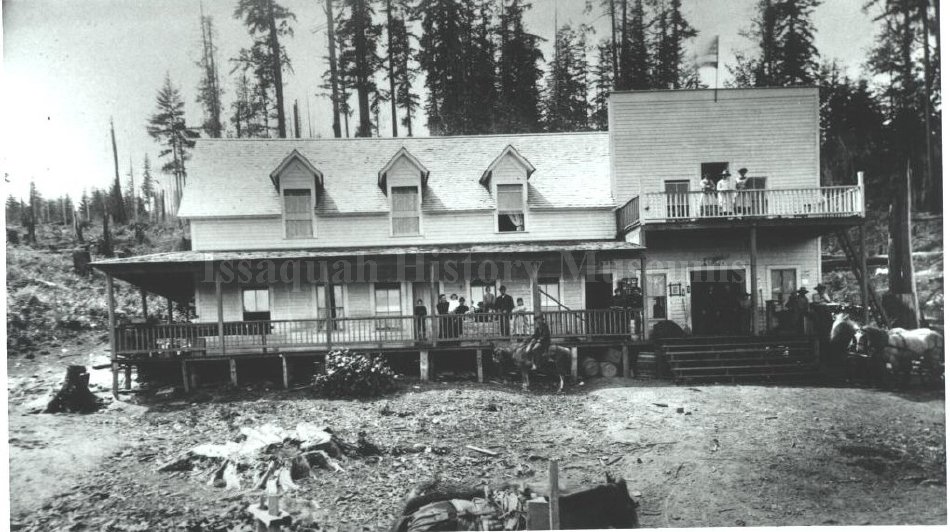 George W. Tibbetts was one of Issaquah’s earliest entrepreneurs. In addition to his hotel and store, he also became involved in farming hops and running a stage line, as well as in local and state government. The hotel shown here was built in 1884 and burned to the ground in July 1900. Living quarters and rooms to rent were upstairs. [IHM photo 92-24-6, p13, #11 Arcadia book caption]

Looking back: Bank of Issaquah
Scroll to top