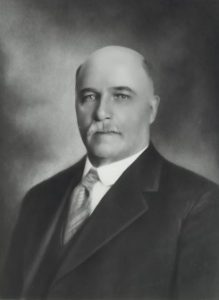 McQuade served as both Mayor and Town Marshal.

John McQuade was born Oct 14, 1863 in County Tyrone, Ireland. He immigrated to the United States in 1880 and lived in Pennsylvania and Montana for four years, after which he traveled west on the overland route. John married Margarette (Lewis) in Seattle on March 15, 1890. They had four sons; Thomas, Charles, John and William and three daughters; Edith, Ethel and Margarette

On April 25, 1892, the King County Council approved the incorporation of the town of Gilman, following a vote by the citizens of the would-be town. The application for incorporation included a proposed slate of mayor and council members. The minutes of the first Gilman Town Council meeting on April 27, 1892 note that the name of John McQuade was put forth for the office of Town Marshal, and was unanimously approved. McQuade remained in office until 1898, when Frank Day was eleceted town marshal. At the Februarty 7, 1898 council meeting, “By motion of Councilman Newton, a vote of thanks was tendered to the retiring Marshal (motion carried) and a revolver and belt were presented to him as a mark of acknowledgement for the good services in his long term in office. 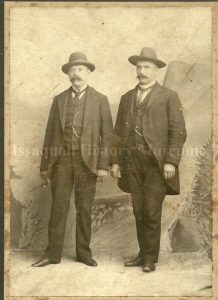 It’s unknown what McQuade’s pay was as Marshal, but it is recorded that his salary was cut to $30.00 for the last five months of 1894. It was later reinstated back to it’s unknown original amount.

From January to April of 1900, McQuade served as Mayor of Issaquah. To give an idea of the size of the Gilman voting precinct in those days, the 1900 census recorded it’s population as 1,060. In 1900 the Issaquah Independent also started business with George Webster as owner/editor. In August of that same year, the Issaquah Telephone Company was organized. In January 1901, it had two subscribers! McQuade was succeeded as mayor by Dr. William E. Gibson.

McQuade appears to have gone into private business after leaving office. He was listed as a coal miner, Alaskan prospector and timberland developer in various sources. A 1926 newspaper article noted that he was owner of the West Coast Mine at Cedar Mountain, and that he had built a “splendid” home there.

He is listed in Vol. II, page 313, of Washington State Pioneers published by the Washington State Genealogical Society. Obviously he played an important part in the early settlement of the state.