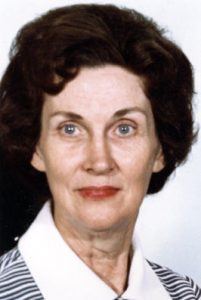 I have been meaning for some time to submit some information on my husband’s family.  Now seems to be the time!  I hope it will be of some value and interest.

William Walen (3/4/83-8/15/63) lived in the section of Poland which was under Russian rule.  He emigrated to the United States to avoid conscription into the Russian Army.  He arrived in Wilkeson, Washington in 1906 after having worked in the mines on the east coast for a couple of years and went to work in the mine there.

Anna Pelch (2/4/87-2/6/69) lived in the section of Poland which was under Austrian rule.  She was encouraged to come to America by some people who were visiting in Poland.  She accompanied them on their trip back to Wilkeson, acting as a nanny for their children.

William and Anna met in Wilkeson and were married in Tacoma in 1908.

They lived in Taylor, Washington for several years where their first two children were born:

They moved to Issaquah in 1912 and lived in a rental home on Bush Street where two sons were born:

In early 1918 they moved into a new home which they had built on property they had purchased along Newport Way.  William continued to work in the mines until 1923 although they had started a dairy before the end of World War I.  He worked night shift and walked to the mine over cemetery hill.

Daughter Julia remembers that milk was first delivered by hand held carriers.  Later a remodeled Star car was used for delivery.  The dairy was strictly a family business and continued until 1943.  William and Joseph went to work in the shipyards.

Tony Walen with John Hirko opened a grocery store in Issaquah in 1937- “Tony and Johnnie’s”.  It was in a building on Front Street which is now used by the Bahá’í (Bahai) faith.  They later had a new store built across the street in 1947 and it was in use as a grocery store until John Hirko’s death in

Sophie Walen Ferguson taught primary grades in Issaquah Elementary School for several years.  (Her career was one of the reasons the name was shortened.  It was felt it would be difficult for small children to pronounce and spell.  It was sort of a relief to the rest of the family as it was not only little children who had difficulty spelling and pronouncing.)

Joseph Walen had a hardware store on Rainer Avenue in Seattle after the War.

Julia Walen Mourae married right after college.  Her husband worked for Boeing and they lived in many parts of the country until they retired to Lake Lucerne in Maple Valley.

Frank was a claims attorney in Seattle and served as a police judge and notary for the City of Issaquah in 1953 and 54.  He and his wife Carol built a home on the hill across the road from the entrance to the cemetery in 1948.  Several units of the Chopaka apartment complex now cover the site.

William Walen purchased property on the other side of Newport which is now Chopaka.  It was used for cow pasture.  He drove cows across the road by the simple expedience of putting a saw horse in the middle of the road  and leaning a sign on it saying Cow Crossing.  That was just in case a car might come along- which wasn’t very often.

He had a bridge built across Issaquah Creek, which bordered his property, in order to rent additional pasture to the north toward town.  It wasn’t long before residents along Newport Way discovered that going up the lane and across the bridge made a much shorter route to town.  There was a stile at the north side of the field and they could step down onto Alder Street.  The bridge finally succumbed to one of the many floods it endured.

Seeing all of the above area mentioned now covered with buildings, it is getting more and more difficult to remember how close the country was to Historic Downtown Issaquah!

I apologize for scribbles, cross outs, etc. and for being too lazy to copy this over.

When we moved into our home on Cemetery Hill in 1948 there were no other homes in the area except for a small farm which had been vacant for a number of years, but had renters there then.* The place later became Hallenbeck Stables.  There were numerous trails, but no roads except for a primitive access one for Puget Sound which followed the power lines.

We had lived there only a short time when a small logging operation started up.  It averaged one load of logs a day.  Then the Bullet (sp?) family decided to build a retreat at their holdings at the top of Squak Mountain.  (King TV?)  We watched many loads of materials being hauled up there.

Then came George Rowley, the founder of Mountain Park.  The first entrance to the area was right across from our driveway.

After that things changed rapidly.  The little wetland where our boys looked for tadpoles and we enjoyed the springtime frog chorus disappeared.  So did the fairly good sized creek which ran down along side the cemetery and into Issaquah Creek.  It was put underground just below the cemetery.  The trees which lined the road were cut down.  The whole scene was changed.

The population changed too.  The resident bear who lived up behind the cemetery and put in an appearance every once in a while hopefully found a safe haven.  He liked the seedling apples that grew below our place.  The dew of coyotes at the foot of the hill weren’t very popular though.  They were right in behind what is now the Fire Station on Newport.  They liked to dine on the neighbor’s chickens and eggs.  Also their hauling at night wasn’t appreciated.  A group of herons roasted (?) in the big fir trees on the hill behind the fire stations.  We could watch them fly down to fish in the Issaquah Creek.  There were Chinese pheasants and quail who liked to feed in the fields.  Deer and raccoon were plentiful- as well as skunks.

I looked out one calm, summer day to see a pole of string beans bobbing madly about, I raced out, but was only able to see the last of the vines being hauled down a mountain beaver’s hole.  Even they moved on.

When we first moved in we were horrified to realize the hill was open to deer hunting.  For a few days during the season it sounded as if a small war was going on.  I looked out once to see a fellow pointing his gun at a pheasant who was happily stripping earn ? in our gardens which was close to our house.  I did a lot of screaming at him and may even have cussed a bit.

People who lived just south of us after Mt (?) Park was established were supposed to use 12th Street Access.  However, they made a short cut for themselves by cutting across the power line access and onto the narrow road along the cemetery.  In no time at all there was quite a bit of traffic there.  Some water lines became exposed and it was necessary to make repairs.  Each time any repairs were made because of slides or whatever the road got better and better.  Now it is a heavily trafficked roadway.

When we moved into our house in May of 1948 we had no telephone.  Utilities hadn’t caught up in production since the war.  We were denied a phone on the grounds of medical emergency.  We were informed that pregnancy was a natural phenomenon.  That was small comfort to me.  Here I was up on the hill with a small child, no neighbors, no car, no phone, and eight months pregnant.  My in-laws drove up every morning to check on us, but that didn’t seem enough so we worked out a plan.  If I hung a white sheet out of one particular upstairs window, my mother-in-law could spot it by walking out to a certain spot on their property.  Fortunately Frank was able to contact the attorney for the phone company and accommodations were made.  He had to pay $40.00 for a pole to be put in halfway between our house and Newport Way.  That entitled us to be hooked up to an eight party line.  Only a couple of other party rings came into our house, but it was very difficult to find a line not in use.  Two Finnish ladies had a prolonged conversation in Finnish every morning.  Whenever someone did get through to us we had to warn them that we were on a party line- especially if they started to blurt out legal problems.  Fortunately our second son chose to be born when his father was at home and could provide transportation to the Renton Hospital.