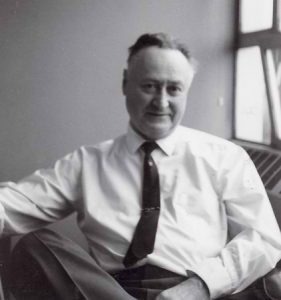 What type of fish did you catch?   How many trout did you catch in the Issaquah Creek and what was the biggest?  Did you fish in the kids fishing derby held in Issaquah?  Were your methods for fishing and hunting any different than they are today?

I fished all the time and caught many trout, the biggest was a  six pound  Donaldson trout.  I lived only one block from the creek and spent many hours fishing in the early fall and the water off color.

How did the logging industry affect Issaquah?  How did it change?  Did you work in logging?  For what logging camp or sawmill?  What do you remember of your logging days?  What type of machines did you use for logging?  How did you transport logs? How large were these logs?

I worked half a day at a logging camp near North Bend but quit as it seemed too dangerous; setting chokers.

Do you remember the Monohon Mill, the Red Hall sawmill by the fish hatchery, the High Point Mill, the Preston Mill, or the Issaquah Lumber Company Mill on Front Street South?

I remember them well as I worked at the Monohon Mill and the Preston Mill.

Do you remember when there was a fire at the mill?  Did you help fight it?  Did you see the fire?

I was standing in front of the pool hall when a man pulled up to get the car with the hose.  I climbed in the car and had a bumpy ride to Monohon.  I helped get furniture out of the houses but unfortunately it all burned up and the houses also.  Very nice furniture.

How has the salmon hatchery affected Issaquah?

Many people come to watch the salmon when they spawn. It has given Issaquah a lot of publicity.

Do you have any memories of Pickering Farm?

I was hired to hoe corn at 25 cents an hour but it was a hot day and I don’t  believe I collected any money nor finished a row.

Did you work at the Issaquah Creamery, or what is now Darigold?

Did you travel frequently into Seattle?  How did you get there?  What did you do while in Seattle?

I traveled often to Seattle via Renton and Rainier Ave.  I worked there in several tunnels (Pike Street and University District) also attended movies at the old Pantages and Orphium.

How did the construction of I-90 change life in Issaquah?

Made it much shorter to go to Seattle, also more traffic and development in Issaquah.  It changed Issaquah from a small town to a city.

What was your first car?  Did you buy it from Hepler Ford Motors, Stonebridge Chevrolet, or the Kaiser-Frazier dealership?

First car was a Chevrolet Landau Sedan; purchased in Renton.

What are your memories of the fraternal organizations?  Did you belong to the Elks Lodge, or Lions Club, etc?

I belonged to the Lions Club and the Eagles and the Sportsman’s Club.

I am the last survivor of the Rod and Gun Club (later the Sportsman’s Club) and I remember when it was built.  We had turkey shoots and trap shooting.

What types of events did you attend at the Volunteer Fire Department (VFD) Hall?  Did you use the shooting range located in the basement?

I attended a few dances and watched for enemy planes later in the Second World War.

Did you attend dinners, dances, banquets, or other events in the upstairs Grange Meeting Hall?

Yes, I did, even played basketball there.

Do you have any memories of Issaquah’s mining days?  Were you involved in mining?

When the First World War broke out the government took over the mine from the Germans.  This mine became Pacific Coast Coal.  There was a strike and the strike breakers (Scabs) came, then the mine was shut down.

What were the working conditions like in the mine? Which mine did you work for, and what was your job?

I worked for Harris Coal Mine and the conditions were not good as you had to wear tire knee pads and work on your knees.  As my father was putting up a prop a large rock fell and injured him.  I did not work much longer.

What movies did you go to see at the Issaquah Theatre (the Old Movie House) to see?  How much did movies cost?  Did you ever go to the back upper corner of the theatre to kiss?

I saw the Indians and Cowboys also the weekly installment of “Pearl White” which I didn’t want to miss, all for 10 cents..  Later I took my daughter to see “Gone With The Wind” and to her embarrassment fell sound asleep.

What church did you attend?  What memories do you have of this church?  Were there any pastors, reverends, or church leaders that stand out in your memory?

I attended the Catholic Church until was about twelve.  The memory I have is that it was very cold and the floor very hard to knell upon.  However, one Easter at the egg hung I found the Golden Egg in a trash can in a hollow stump.