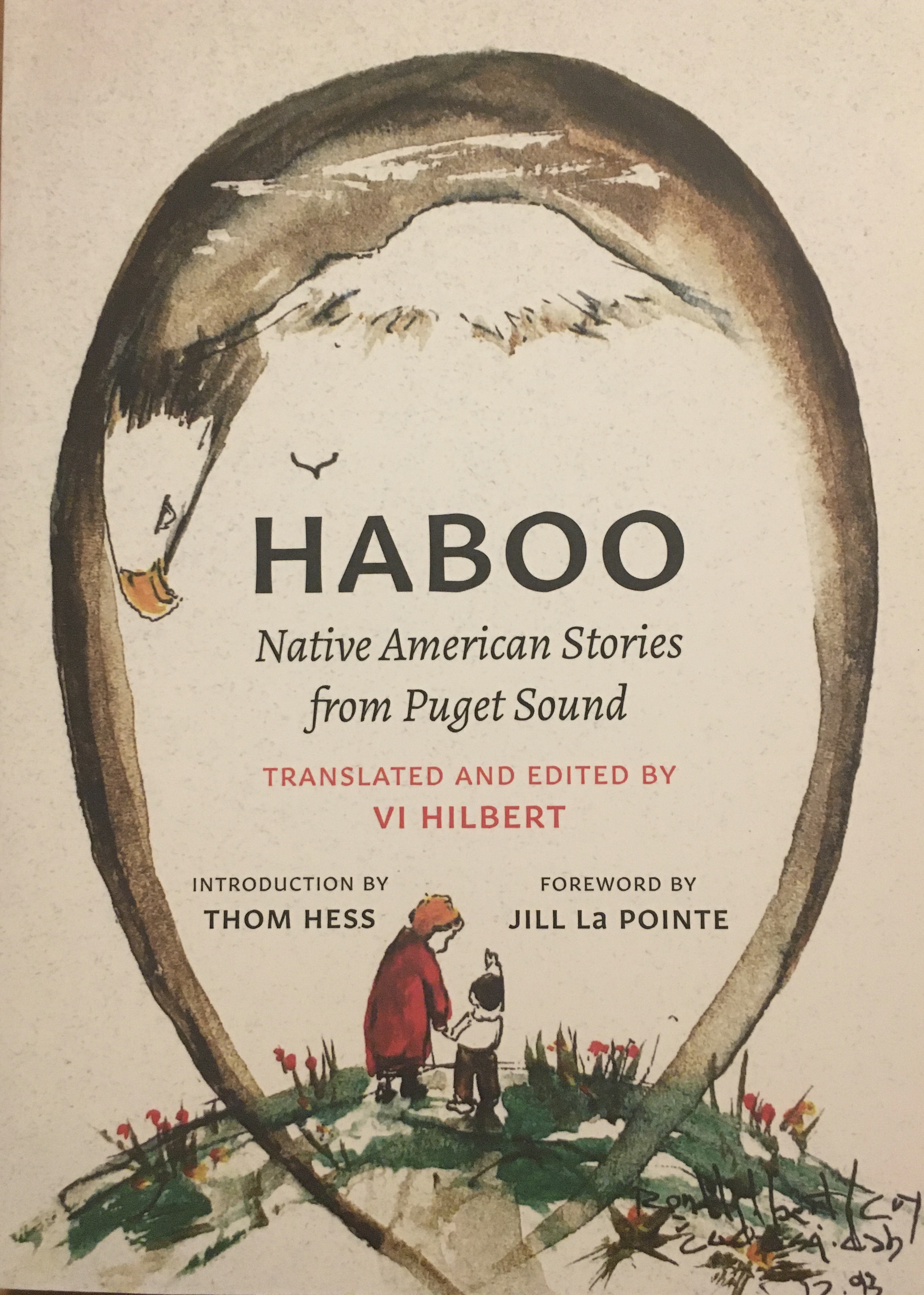 The stories and legends of the Lushootseed-speaking people of Puget Sound represent an important part of the oral tradition by which one generation hands down beliefs, values, and customs to another. Vi Hilbert grew up when many of the old social patterns survived and everyone spoke the ancestral language. Haboo, Hilbert’s collection of thirty-three stories, features tales mostly set in the Myth Age, before the world transformed. Animals, plants, trees, and even rocks had human attributes. Prominent characters like Wolf, Salmon, and Changer and tricksters like Mink, Raven, and Coyote populate humorous, earthy stories that reflect foibles of human nature, convey serious moral instruction, and comically detail the unfortunate, even disastrous consequences of breaking taboos. Beautifully redesigned and with a new foreword by Jill La Pointe, Haboo offers a vivid and invaluable resource for linguists, anthropologists, folklorists, future generations of Lushootseed-speaking people, and others interested in Native languages and cultures.
0 replies